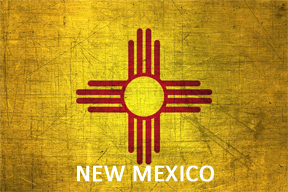 (If you have a correction, update or new material to add for New Mexico, please see our State to the Nation page where you can add information.)

In early February the state Office of the Superintendent of Insurance (OSI) announced the creation of a new Network Adequacy Working Group for the purpose of “…Revising the department’s policy and regulations on health insurance provider network adequacy.” The group will be composed of community members, health care advocates, providers, agents and brokers, legislators, and other government officials. (OSI will also convene a separate group for insurance carriers and industry representatives.) See a blog post on this action here.

It is hoped that this work will ensure that integrative care providers are given equal station with other licensed providers. Dr. Patrick Nuzzo, president of Southwestern University of Naprapathic Medicine, and a support of CoverMyCare, will participate in the year-long commitment required. Dr. Nuzzo is also a leader of a multi-discipline group advocating for adoption of the principles of Section 2706 through state legislation. The group will not introduce legislation in 2016, but will introduce a resolution called a Memorial affirming the importance of ending insurer discrimination against licensed healthcare providers.

State Sen. Mary Kay Paten, New Mexico
New Mexico State Senator Mary Kay Papen introduced S-190 in January 2015 which would mirror the legal direction and intent of Section 2706 of the Affordable Care Act (ACA) to the governance of the state’s health care provision statutes. The bill which died in the first quarter:

“…would implement a nondiscrimination clause mandated by the Affordable Care Act’s Section 2706 that states: an individual or group health insurance policy, health care plan or certificate of health insurance that is delivered, issued for delivery or renewed in the state shall not discriminate with respect to participation under the policy, plan or certificate against any health care provider who is acting within the scope of that provider’s license, certification or other legal authority to practice in the state.”

For an original version of the bill click here for S-190.

The New Mexico Office of Insurance

(If you can add to or update these references, please see our page, State to the Nation)