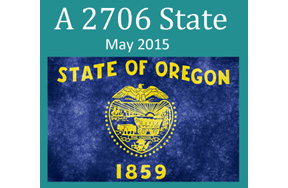 In May Oregon became the first state to pass legislation that replicates the provisions of Section 2706. In July its association of Naturopathic Physicians filed a class action suit on behalf of patients whose ND services were not covered.

Oregon Governor Kate Brown signed a bill that would not only provide state-level provisions for ending discrimination against licensed health care providers, but would require insurance companies to include these providers in their networks and,

“…(1)(c) Annually report to the Department of Consumer and Business Services, … the insurer’s plan for ensuring that the network of providers for each health benefit plan meets the requirements of (Section II).”

Section II contains the non-discrimination language of Section 2706 of the Affordable Care Act.

A press release describing the lawsuit used the example of a patient who saw an ND for her annual well-woman appointment in November 2014, but was not reimbursed for the service even though a similar preventive checkup by an MD would be covered. Several patients are included in the lawsuit. One of its purposes is to address the long-standing disparities between reimbursement accorded to NDs (and ultimately other licensed integrative providers) and that attained by MDs for exactly the same procedure.

This action appears to be oriented directly to the provisions of Section 2706. The OANP press release notes, “Advocates have been working directly with federal agencies and state insurance commissioners for the last two years to implement and enforce the provider non-discrimination provision, to little effect.”

The lawsuit comes a little more than a month after the Dept. of Health and Human Services released an updated version of an FAQ from April 2013 that was so poorly worded that the Senate Appropriations ordered it re-written. That took nearly two years. The re-write has been greeted as an improvement by some. Apparently the OANP feels its updated guidance still falls short when it comes to guaranteeing patients the kind of parity of coverage requested in the provisions of its lawsuit.

This action could potentially be of national consequence. As the press release notes:

“Plaintiffs believe this class action lawsuit will produce a much-needed judgment to clarify the ACA’s provider non-discrimination mandate for a variety of provider types in Oregon as well as nation-wide.”

Clarification has been badly needed since Section 2706 went into effect on Jan. 1 2014. Oregon is forcing the issue on two fronts, by passing legal non-discrimination language of the Affordable Care Act and by its naturopathic physicians demanding in addition to financial compensation:

A PDF of the OANP Press Release is here.